Nasty Boiler Noises to Look Out For 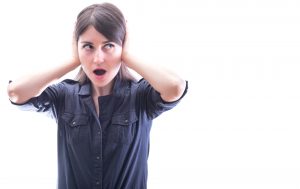 We love talking about boilers. This isn’t just because they’re some of the most reliable and efficient heating systems in existence, but because they can be relatively easy to repair or maintain if homeowners are vigilant. Boilers run silently, which means any noises that a system makes can be rather obvious for any person who comes across them.

Today, we’re going to go into detail about the different types of noises a boiler can make and what they usually signal. The other reason for talking about this is because, when it comes to heating repair in Yonkers, NY, boilers need to be addressed quickly compared to other heaters. If a noise is neglected and there’s a serious problem, homeowners could end up dealing with leaking pipes that severely damage the structure of a house. Water damage isn’t something to scoff at, so have a boiler problem addressed quickly.

Each noise a boiler makes can signify a different problem with it. While it might seem like having the information we’ve provided is enough to know exactly what is happening with a boiler, the truth is that many times the issue can’t be pinpointed until a professional HVAC technician checks it out. Let this list be a great first step towards scheduling heater repair.

Notice a trend? None of these points are good when they arise. Keep in mind the rule of thumb that we keep mentioning: No noise is a good noise when it comes from a boiler!