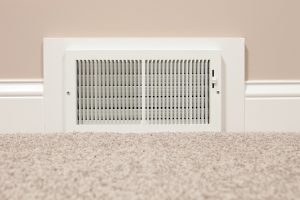 Any home looking at installing a new AC this spring, and which doesn’t believe that a centralized system is quite right, can explore alternative means of cooling. Two of them are discussed at length below.

Centralized air conditioners cool the home from a single location, and rely on the ducts to carry cooled air to the various corners of the home. Ductless mini-split systems adopt a decentralized approach instead. Multiple units are installed throughout the home, each one charged with cooling a single room or section. Individual units can be adjusted independently of the rest of the system, allowing family members to set different temperatures in different parts of the home.

That in and of itself can be useful, since it lets family members adjust the temperatures to taste and prevents squabbles over the thermostat setting. But by taking that principle to its logical conclusion, the real benefits of ductless systems become known. A homeowner can run the air in parts of the home that are being used (such as the living room or a home office) while turning it off in unused parts of the home (such as upstairs bedrooms during the day). That can save a huge amount of monthly air conditioning bills, as well as cutting down on wear and tear, all without compromising the ability to stay cool and comfortable on hot summer days.

A heat pump works in a manner similar to centralized air conditioning, with refrigerant running through a series of valves and coils that first vents hot air outside the home, then cools the air inside the system before blowing it through the home with the ducts. Heat pumps simply provide the ability to reverse that process: allowing hot air into the home and releasing cool air outside of it.

That means it can serve as both a heating and an air conditioning system in one. And because the heat is generated through the refrigerant (which isn’t consumed) as opposed to natural gas or similar fuel (which is), it costs much less to heat the house than a more conventional heating system might. Because New York winters are especially cold, a smaller furnace can be added in what’s called a dual fuel heating system. Either way, it can provide a huge amount of savings on winter heating bills, as well as service as an excellent air conditioner too!