Consider This Before Installing a Whole-House Generator 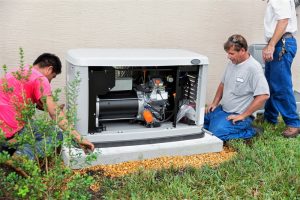 An automatic standby generators, also known as whole-house generators, are truly lifesavers when it comes to a disaster. They’ll keep homes and buildings running for days at a time until power returns.

Before investing in such a piece of equipment, though, it’s important to understand one’s own expectations of the system in order to purchase the right kind.

Whole-House or Just Part of the House?

Establishing how much power the home needs before installing the generator is crucial. While powering the whole house may seem like the obvious choice, it’s not best for everyone’s needs.

In order to power the entire house, the budget has to be considered. Homes have different demands for power depending on the season, so it’s important that all the calculations are performed with the help of an electrician who specializes in whole-house generator installation in Briarcliff Manor.

Alternatively, generators can be installed to output emergency loads instead of for powering the entire home.

The worst possible time to have the generator stop working is right when it’s needed the most. Neglecting maintenance makes the odds of that happening much greater.

In addition to the maintenance, make sure to run the generator every few months to see that it’s still operating properly.

The type of fuel used by the generator makes all the difference in how it is used. Some fuels require preparation beforehand, such as knowing how much to buy and where to store it. On the other hand, some fuels can be stored in large containers or linked directly to their fuel source.