How to Get Air Conditioning in a Historic Home 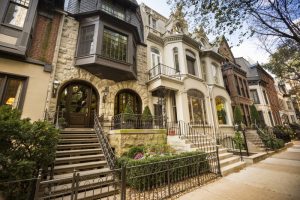 For those living in an older home, central air conditioning systems in Briarcliff Manor aren’t a feasible option. Classic homes don’t have enough space between the walls and floors to accommodate the duct system. Remodeling is infeasible or just impossible.

This might lead a homeowner to believe their only option for comfort is with a ductless mini-split system. Mini-splits are great, but they do come with a higher price tag that not everyone is willing to invest in.

Luckily, there is one other option: High-Velocity Air Conditioning.

How They Help With Historical Homes

As mentioned above, historical homes have space issues that prevent central AC ducts from being installed. Not only would it destroy the aesthetics of these beautiful, classic homes, but it’s also just not feasible in some cases.

High-velocity AC systems get around this problem thanks to their construction. Rather than being large and bulky, the ducts of these systems are much smaller and tubular, allowing them to be worked around tight corners and spaces. It still operates the same as a regular heat pump, just with a different construction.

However, the differences in construction do mean that it operates a bit differently, hence the term “high velocity.” But this has its own benefits rather than drawbacks.

With the idea of retaining the home’s aesthetics, these systems provide a more seamless integration into the home. Rather than rectangular metal grates, their duct openings are small and circular. The plastic fitting around these holes is available in styles to match the décor of the home, rather than having to paint over them.

Thanks to a combination of different reasons, high-velocity ACs are actually more efficient.

It’s a Heat Pump: Whether it’s for use during the hot or cold season, a heat pump will supply a home with a steady stream of comfortable air at a lower cost. It does this by removing warmth in the air. It takes more energy to create heat, such as in the case of a furnace, than it does to move heat from one place to another.

They Cool the Air More Evenly: Due to the small ducts, these ACs disperse air much quicker, thus creating air currents in the home. These forceful currents spread air through the home more thoroughly than a regular central AC unit.

Better Air Retention: Over time, duct systems will develop leaks and tears in their insulating materials. Up to 30% of energy can be lost through these leaks if left unchecked. While a high-velocity AC system doesn’t eliminate this problem entirely, the construction of their ducts makes the repairs much easier.

Reduced Humidity: Air currents from the system are better at lowering humidity than a central AC system. Since humidity makes people feel a few degrees hotter than they really are, it’s easier to feel comfortable and satisfied at higher temperatures with a high-velocity AC.