The Advantages of Zone Control Systems 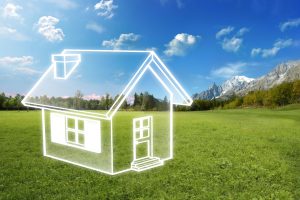 Homeowners in the area have buckled down for the summer, ensuring that their air conditioners perform as expected and taking steps to keep cool in the midst of the scorching July heat. That usually means paying more in monthly energy bills for keeping the system running, which is to be expected. Obviously, air conditioners need to run more often when the weather is hot. But that doesn’t mean that residents should pay more than is necessary to keep their homes cool, and indeed there are a number of ways to keep those energy bills down. Some of them involve simple and basic steps such as dressing in lightweight clothes around the home or setting the thermostat a few degrees higher than one might normally do.

If a homeowner wishes to take more significant steps to cutting their monthly energy bills, however, then we have a number of options we can recommend. In particular, the installation of a zone control system in the ducts of a centralized heating and air conditioning systems. They can provide a number of advantages which most homes can benefit from immeasurably.

How Does It Work?

A zone control system is essentially a series of shutters placed at strategic points in the ductwork, which divide the home into sections. Each shutter can be opened and closed independently of the others, allowing the homeowner to control the flow of cool air into separate parts of the home differently. (That extends to warm air from the heater in the winter as well.) In other words, it lets the operator set a temperature of 75 degrees in the kitchen and 72°F in the living room, or even turn off the air conditioner in one part of the home while running it in the other.

What Kinds of Benefits Does This Provide?

The most obvious benefit to a zone control system lies in the luxury of more precise control. Say, for instance, that one family member is cooking over a hot stove while another is playing video games in the living room. With zone controls, either the kitchen would be too hot to the living room too cold. But a zone control system allows both rooms to be comfortable for their occupants, preventing both squabbles over the thermostat settings and the need to for one side or the other to compromise.

By extending that principle, the true value of zone controls becomes apparent. The homeowner can simply turn off the cool air in portions of the home that go unused during the day (such as bedrooms) while still running it in occupied rooms. It means the air conditioner spends much less energy without skimping on comfort, lowering bills and wear in the system in equal measures.

Zone controls tend to work better in larger homes than in smaller ones, since larger homes engender higher air conditioning. But most households can benefit from their installation, especially in the middle of summer.

Here in Scarsdale, NY, zone control systems can be installed by the friendly pros at Yost & Campbell Heating, Cooling & Generators.